Posted at 15:10h in Blog, Homepage by Kattalin
0 Likes 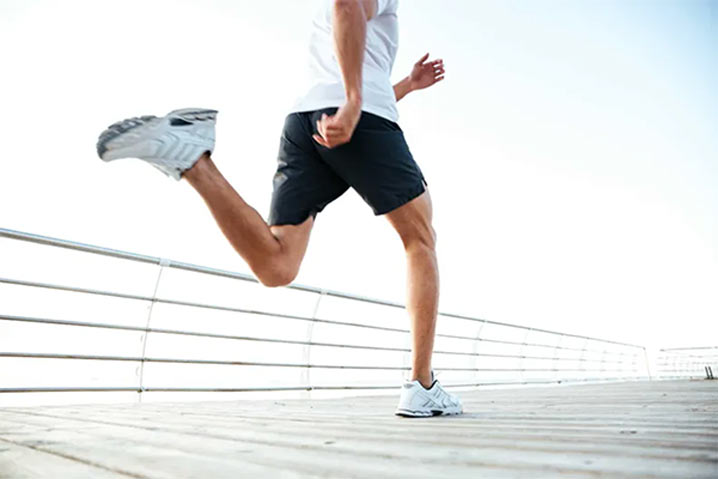 Shoe drop also known as pitch is a popular discussion point among the running footwear industry, sports medicine clinicians and runners, with many differing opinions on its impact on injury and performance. It describes the differential of the height of the shoe between the heel and forefoot. We take the difference of the midsole and outsole from heel to forefoot to be left with the measurement of shoe drop.

A drop of zero would mean that the heel and the ball of the foot sit equally and a 10 mm drop would mean that the heel is elevated 10 mm higher of the ground than the forefoot. Traditionally a drop of 10 mm has been a standard amongst running shoes for a long time without a well known or researched rationale for this and more recently there has been a trend in running shoes to start having lower drops, some even having zero.

WHY IS IT IMPORTANT?

It is important because it will change the way different joints and muscles of the body are stressed during your running and walking gait. Sometimes your running technique may change in response to a change in shoe drop. A lower shoe drop may encourage a more mid to forefoot running strike pattern which will in turn reduce some load on the knee but increase the loads at the foot and ankle. A higher drop shoe the opposite may occur, loads have to go somewhere.

THE DROP CAN MANIPULATE LOADS ON THE BODY

You can appreciate why this is an important consideration when recommending a certain shoe particularly in light of a recent injury. Recommending shoe changes with particular reference to drop is a way in which we can manipulate loads on the body. For example a niggling achilles tendon problem may be assisted by a higher drop shoe. It is important to recognize the huge differences that may exist between individuals and some adapt very quickly to footwear changes and some people don’t.

WHAT IS THE IDEAL DROP?

ARE SHOES RESPONSIBLE OF INJURIES?

Often shoes are blamed by current and repeatedly injured runners but sometimes shoes may play a small role in injury and your running technique, strength and training program may play a bigger role and thus a holistic approach to injury and performance is imperative.

If you are running and injury free, then you should know what works for you and stick to it. If you want to incorporate a different shoe, do so slowly and gradually into your weekly mileage as sometimes it’s not the change in shoe that causes problems but how rapid you have changed.

A PODIATRIST CAN HELP YOU

If you would like advice on particular footwear prescription or you think it may be involved in your injury consult with your sports podiatrist for an individualised recommendation.

Podiatry is as much about treating the fooFor those who live in Claremont or Oatlands, Tasmania, come and see our team of podiatrists. For bookings fill the form in our contact page  or call us at (03) 6249 1155 .