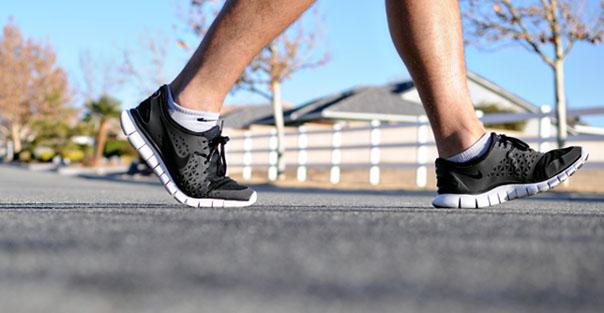 Posted at 10:46h in Blog by Pennybridge
0 Likes

With the rise of Fitbits and other step counting activity trackers, there has been a remarkable interest in just how many steps you should take per day. We all have at least one friend that won’t leave the house without strapping on their Fitbit and will annoyingly show everybody in their path just how many steps they’ve taken that day

The goal of 10,000 steps was first promoted in the 1960’s by a Japanese pedometer company as a business slogan to sell more of those little suckers, it wasn’t based on any research it just sounded good and Fit Bit thought the same, and gee has it sold well. It has since been adopted around the world and people have absorbed the idea that taking a magical 10,000 steps a day is the benchmark for a healthy life.

While scientists are usually leery of round numbers, there’s some good data to support that 10K target. Research has found that walking 10,000 steps every day has shown to impact positively on your health. Studies have shown it reduces hypertension, the risk of cardiovascular disease, improved psychological well-being, weight loss and improved body composition. Harvard School of Public Health found that 30 minutes of walking each day cut stroke risk by a minimum of 20%.

It seems most of us are not actually reaching the target with Australian bureau of statistics reporting one in five adults recording 10,000 steps per day. Most of us fall into the category of 5,000 to 7,500 steps per day and are considered to be low active, of course, this excludes sports and other activity which has to be considered in your overall level of activity. Someone doing 7,000 steps but is also in the gym doing weights or high-intensity workouts a few times a week are likely satisfying the target as well getting additional health benefits from this type of activity.

Let’s take a look what your steps might mean:

Just how long does it take to walk 10, 000 steps? If we look at the average person’s stride length it equals about 8 kilometres and with a brisk walking speeds let’s just call it around 1.5 hrs of walking. Don’t forget that this figure includes everything you do day to day on your feet. The World Health Organisation doesn’t necessarily recommend 10,000 steps but it does recommend 150 minutes of moderate intensity per week or 75 minutes of vigorous intensity aerobic physical activity per week or a combination of both.

For all the thousands of years of our evolution, we were on our feet and using our legs for large parts of the day. In today’s world, the fact is 10,000 steps is good a target to hit for the vast majority, its practical, its not that much more for most. You might only have to add an additional 30 minutes of brisk walking per day to achieve that. Just remember though, a 10,000-step benchmark is basically an arbitrary number. It was made up to sell 50-year-old pedometers so what matters is that more walking for those that spend large periods of time inactive or sedentary is going to be a good thing.

Find ways to put more walking into your routine, walk the dog more often, use the stairs instead of the elevator, walk some of the way to work… if you’re really struggling and whilst I don’t necessarily recommend this go and download Pokemon Go on your smartphone. I thought it was hilarious that players are twice as likely to walk 10,000 steps then non-players… if your bodyweight has been stable, an extra daily brisk walk may be the difference is creating a calorie deficit and shedding some much needed pounds that have accumulated over the festive season.

Whilst other experts and research suggest further health benefits on reaching 15,000 steps, there is likely the law of diminishing returns past 15,000 and I would suggest looking for other more time effective forms of exercise that give you more bang for your buck for your health and fitness. Things such as strength work, functional training, running, swimming or sports and ultimately things that you enjoy. Creating habits, making sustainable, long-term decisions that impact positively on your health day by day is where your focus should be. What I tend to focus on is 30–60 minutes per day I am doing something active that I enjoy that is aligned with more broader health goals and potentially more specific running or strength goals. Any exercise is better than no exercise, and for most of us weekend warriors, more exercise is better.

We know health is so much more than just how many steps you’re taking and the important thing here is not necessarily hitting that number but making positive and sustainable choices daily to have a positive impact on your health and well-being.